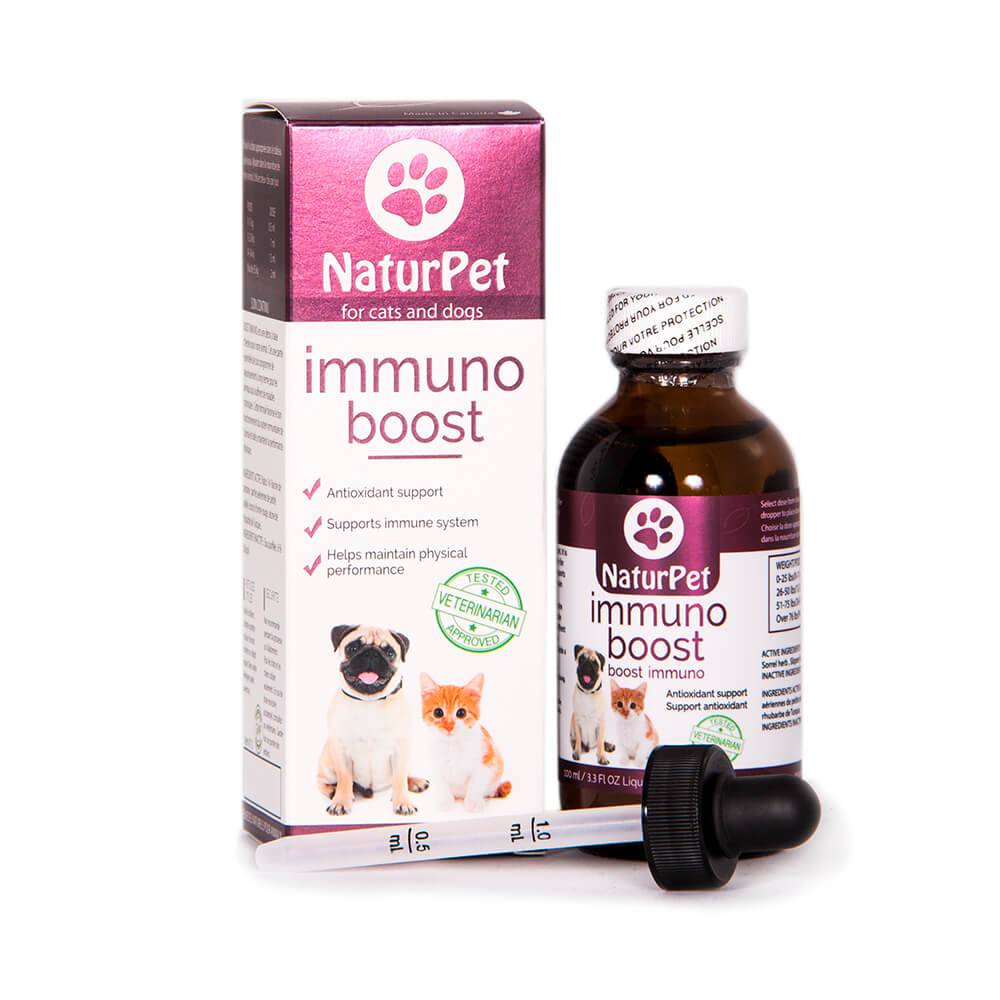 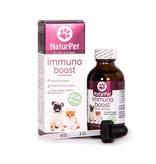 • Acts as a cleansing agent to improve and maintain healthy digestive function.

• Promotes the release and elimination of toxins from your pet’s body.

• Provides nourishment for the glandular systems that are important in fighting illness.

IMMUNO BOOST is a revitalizing herbal D-tox for your pet. It is an essential part of any long term rejuvenating program for pets who suffer from chronic illnesses. This formula supports your pet’s healthy immune function and helps to maintain physical performance. IMMUNO BOOST can also be used as a preventative measure by using it 2 or 3 times a year as a cleanse. Another great booster is MULTI MINERALS that contains vitamins and minerals for a happy healthy pet. IMMUNO BOOST is all-natural, non-prescription, and drug-free.

Burdock root (Arctium lappa)
Burdock has been used traditionally as a blood purifier and as a classic alterative herb which is also helpful in arthritis. Burdock root contains large amounts of inulin and mucilage which may help to explain its beneficial effect on inflammatory conditions of the bowel such as gastritis and ulcerative colitis. Additionally, animal studies have reported the benefit of Burdock in reducing liver damage. One of the constituents of burdock called polyacetylene has a demonstrated antimicrobial effect.

Sheep’s Sorrel leaf (Rumex acetosella)
Sheep’s Sorrel has been used extensively by many North American indigenous tribes for a variety of conditions including fever and inflammation. It has been widely used in modern times for stimulating cellular regeneration and as an alterative or systemic cleanser. Sheep sorrel contains surprisingly high levels of phytoestrogens which are able to block estrogen receptor sites, which may explain its potential for benefit in treating estrogen-driven conditions. Additional components include several anthraquinones which are effective antioxidants and free-radical scavengers.

Slippery Elm bark (Ulmus rubra)
Slippery Elm bark has been used extensively by both North American indigenous peoples and the early colonists as both a source of food and medicine. It is very high in mucilage which contains a complex mixture of poly saccaharides that form a soothing gel-like substance when mixed with water. Some traditional uses include soothing sore throats, tonsillitis, dryness of the lungs and digestive upsets. Some of the properties of mucilage include reduction in both the bowel transit time for foods and the absorption of toxins from the bowel; its bulking action reduces contact of toxic materials with the bowel wall and provides a healthy environment for beneficial bacteria found in the intestines.

Turkey Rhubarb root (Rheum palmatum)
Turkey Rhubarb or Turkish Rhubarb is highly beneficial for constipation, dysentery or diarrhea depending on the dosage used. It has been used in many military campaigns in the past: low doses were used to stop dysentery in its tracks and higher doses were used as a safe and effective laxative. Arthroquinones in this herb are responsible for many of its benefits including anti-inflammatory and anti-tumour properties. Arthroquinones stimulate cellular regeneration while acting as a detoxifier.