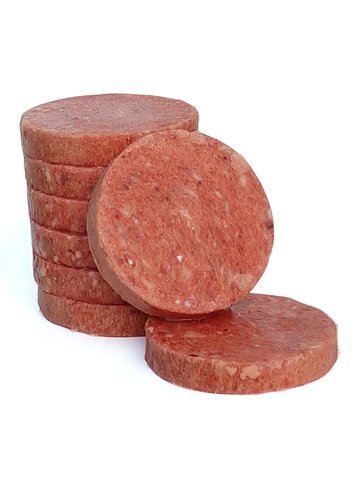 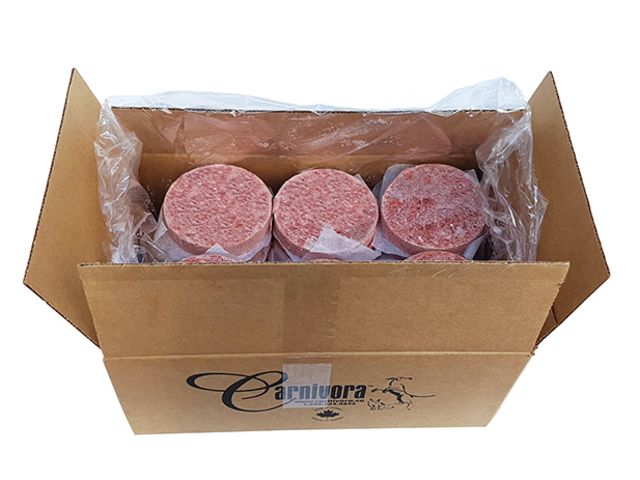 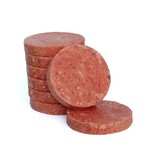 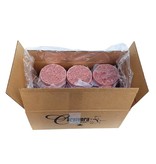 Chicken Diets differ from the Chicken Dinners because they do not contain fruit or vegetable matter.

Chicken is one of the most popular raw diets, often based on price. Compared to other whole animal diets, it is not as nutritious. Chicken (Goose and Duck) store most of their fat in a layer under the skin and in the body cavity. Chicken tends to be higher in fat than many other whole animal species because the skin of the carcass is usually included. The fat contains higher amounts of omega 6 fatty acids. Chicken diets that are higher in fat are unsuitable for dogs that are not active or for those with inflammatory diseases or problem skin disorders. Compared to many other protein sources, chicken is low in zinc and iron.